Distilled in 2007, matured in an ex-Bourbon cask until being bottled in 2021.

From one of Scotland’s more traditional type of distilleries featuring worm tubs rather than shell and tube condensers. Worm tubs produce a more meaty and characterful type of spirit which melds very well with big flavoured casks like a sherry butt. Balmenach’s spirit is rarely found as a single malt so when a stunning sherry cask rolls up like this it won’t last long.

Nose: Memories of our grandparents linen cupboard, a touch of lavender soap wafts from the glass, with an underlying malty sweetness, like milk bottle lollies and caramel jerseys. Fresh lime juice joins the party after some time in the glass.
Palate: Huge malt character, vanilla malt milkshakes and hot caramel fudge hit the front palate. This slowly evolves into a soft heather honey character on the mid and back palate.
Finish: Coconut husks linger with a resurgence of the malt milkshakes.

Hidden Spirits is a young Italian independent bottler, based in Ferrara, that was founded in 2013 by Andrea Ferrari, an enthusiastic whisky collector and blogger. Before founding the company, Andrea would travel to Scotland to visit distilleries, where he created close relationships, which allowed him to source casks directly from the source, rather than brokers. Each cask is meticulously selected, and labeled with an artwork depicting scenery from the surrounding area of the distillery, produced by Italian artists. 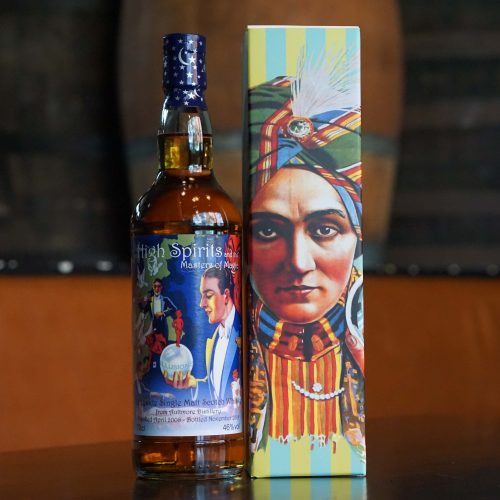 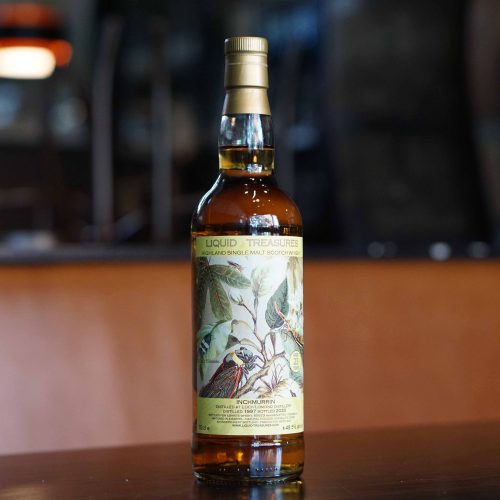