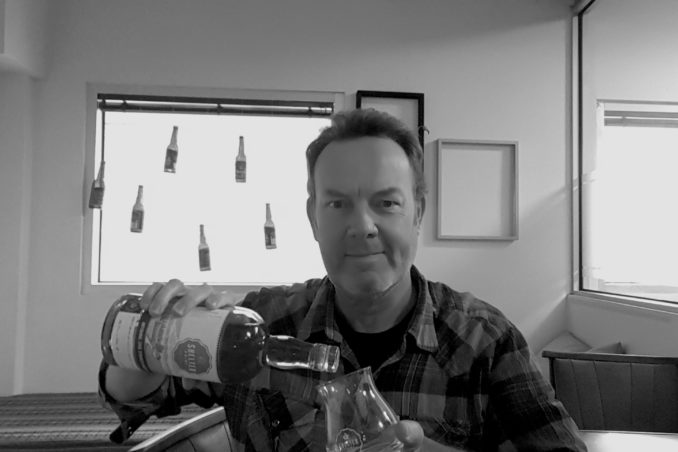 Whisky & Alement is passionate about supporting our local community and keeping people connected. Tune in every week as we chat with local distributors, producers, and industry wild-cards. This week we chat to Australian Whisky Importer, Scott Farrow.

In 2014/15, Scott Farrow was put in contact with one of the founders of Hyde Irish Whiskey through a friend, and Wonderland Drinks was born. Initially importing Hyde as a secondary business (read more about this below!), this ended up being quite a serendipitous relationship, as Hyde had just taken out gold for their single malt first release at San Francisco Spirits competition.

Around a year later, Farrow went full time. In 2016, Wonderland Drinks started expanding and buying casks of Aussie whisky. The Exile – a coveted single cask expression from Sullivans Cove – was then released. In a short few years, Farrow had taken on the likes of North Star, Shelter Point, Creative Whisky Company, 2 Accents Gin (McLaren Vale), and just last year, Farrow launched yet another company: Better For You Beverages. All this, with two children under the age of 6. How does he do it? In Hunter S. Thompson style, of course.

Considering our current circumstances; what is your desert island dram, and do you think now would be the time to crack it open? (feel free to highlight something from your portfolio)

Such a tough question. I don’t want any of those drams I’ve promised I’ll love forever to get jealous when I choose just one. But here goes, so please don’t tell the others. Creative Whisky Co. – Glen Keith 23yo ex Bourbon 52.8%. This whisky made my mind up as to whether I was a bourbon or a sherry cask kinda guy. It was stunning from top to bottom. I had this whisky in so many settings and so many moods yet it over delivered on every occasion in every way. I’ll never forget it. There’s 1 bottle stashed away, but now is not the time to open it because it needs to be shared with friends and we’re not allowed to be close enough to those lucky friends just yet! So sad to see that company finish up as they certainly bottled some awesome casks.

What does this industry mean to you, and how did you end up in it?

Well, this industry means everything to me. It’s my livelihood, a great passion, fun and a place that I’ve been fortunate enough to meet and make some life long friends in. It has been a genuine pleasure and honor to be able to represent the brands that my business does such as North Star, Shelter Point, Hyde just to name a few, not to mention the businesses I get to call customers and the people that make this industry truly one of the most fascinating and rewarding I’ve ever worked in. I ended up in this industry as I had a 5-year strategy to convince my partner that good booze was a legitimate pastime, could pay the bills and was tax-deductible. Here we are in 2020 and I can now say with great confidence to Nikki “I’m off to work for a drink”………;-). Of course I can’t say that right now, but I look forward to the day soon when everyone can get back to what we are all passionate about. There is the other story that my accountant knows and that one is that I was doing this as a hobby and it got out of control. A set of circumstances in my last business meant that I took a leap of faith and pursued this. Even in the troubled times I’ve never regretted it for one moment. Life is short, we don’t often get the opportunity to stand at crossroads and take the path less traveled. Taking risks are invigorating. They may not work out and are probably not what you expected, but I’ve always loved this quote from Hunter S. Thompson of Fear and Loathing fame – “Life should not be a journey to the grave with the intention of arriving safely in a pretty and well-preserved body, but rather to skid in broadside in a cloud of smoke, thoroughly used up, totally worn out, and loudly proclaiming “Wow! What a Ride!”

Have you adopted any new daily routines (or adapted any of your old routines) to keep happy and healthy in isolation?

Sure have. I’ve got 2 youngsters under the age of 6 and they need lots of running around. Kind of like having puppies, but they speak. We’ve adopted a morning ritual of getting up and starting with watching an episode of ‘PE with Joe’ on YouTube. If you haven’t checked it out then do as it’ll help you find muscles you forgot or never knew were there. Its 30mins to set you up with a positive and invigorated mind and body for the day. After that its caffeine o’clock (not for the kids) and then focus on what the day holds. Being present in the day has kept us sane. Thinking about the future seems to be a drag right now (No news anywhere at home is our motto).

When the cogs start turning again and venues are opening their doors, where are you going first and what are you ordering/doing?

I reckon the biggest National bar crawl I can manage physically and financially. But first off I hope that W&A get to have that 10 year birthday party I was so excited for. That would be my kick-off!

Support Wonderland Drinks by purchasing North Star whisky via the shop or a flight of Wonderland whisky here. We’ve selected a collection of new and old releases perfect for drinking now or squirrelling away for a special occasion (hello Ardbeg!). Here’s the full list: