In 2018, we’ve explored distilleries and collections all over the world to bottle exclusive whiskies for our Melbourne faithful. From our collaboration with Sullivans Cove, where we released our very own expression of the Double Cask, to our Berry’s Blue Hangar Christmas bottling, we’ve tried to select the best whiskies we can get our hands on to create a unique experience for everyone who comes in to Whisky & Alement.

But we’re not done yet! In the lead-up to Christmas, we’ve released three Whisky & Alement bottlings as a final present to our loyal fans. 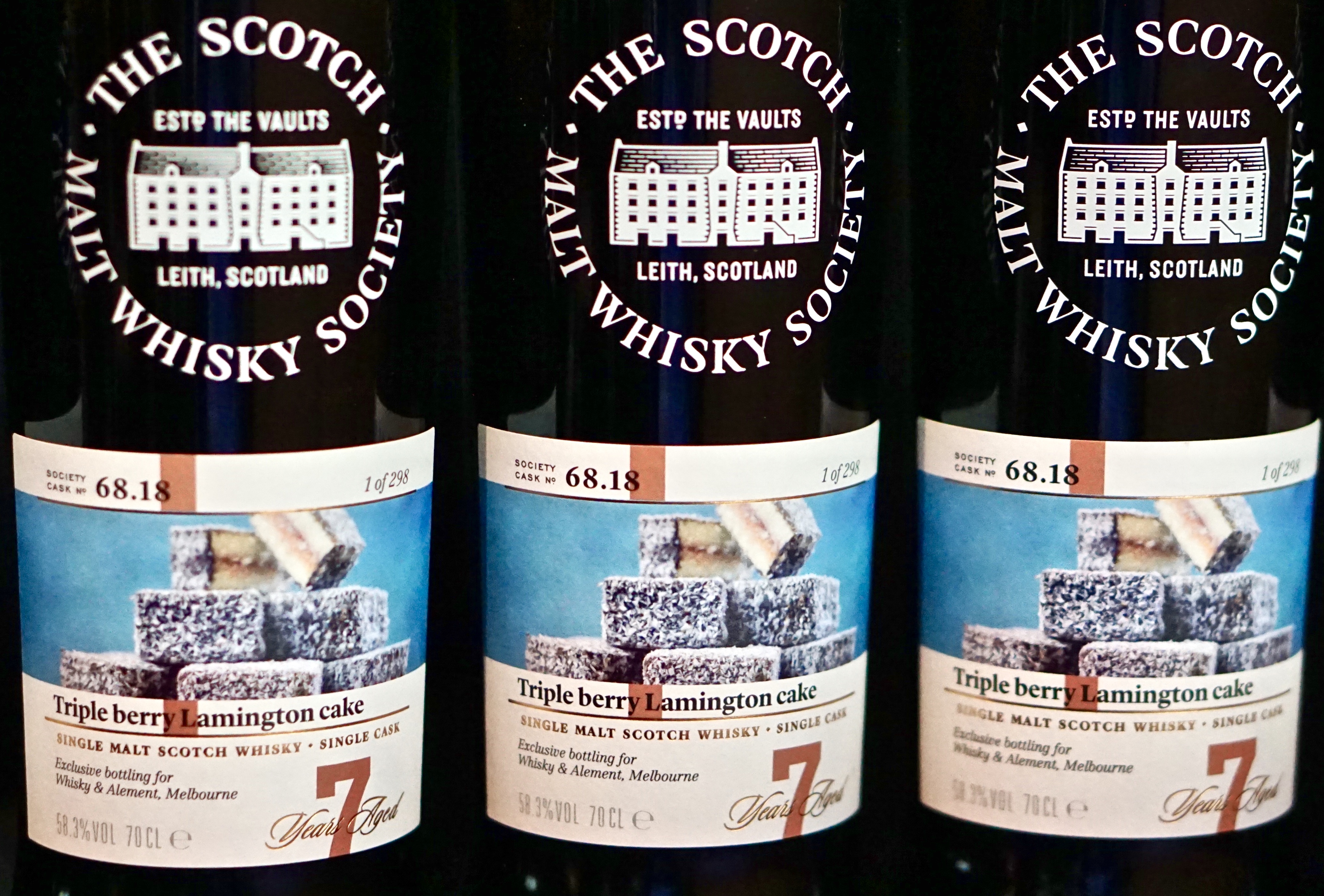 Inspired by the great Australian lamington, the cask was selected by owners Julian White and Brooke Hayman during their visit to the SMWS in Edinburgh earlier in the year. We’re incredibly humbled by the fact that this release marks the very first partner bar exclusive bottling the SMWS has released, so a huge thank you to everyone at the Society for allowing us to share this scrumptious drop with Australian whisky fans.

The 68.18, bottled at 58.3%, was matured in a re-charred hogshead for seven years, and when we first tried it we got Jersey caramels, cigar box, burnt raisons, custard, marmalade and cherry chocolates! Available to SMWS members in our bottle shop for $169, and to non-members for $219, or for any and all over the bar.

To celebrate this Australian exclusive bottling, this Saturday (15th) we’re partnering with our great mates Bad Frankie and serving up their iconic lamington jaffle with every nip of 68.18 purchased. Drop by from 3-5pm to get a taste of this awesome pairing (until jaffles last!). 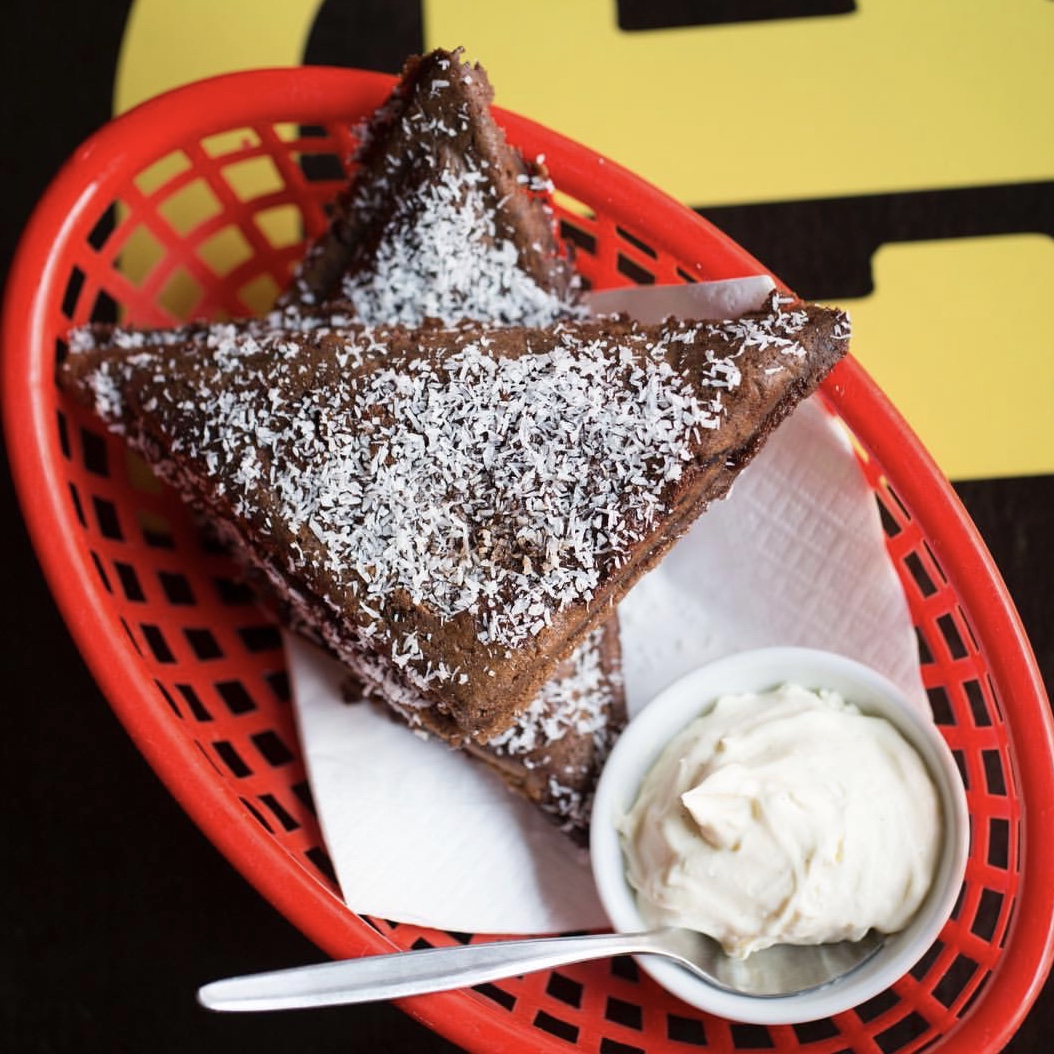 And for our final act of the year, we’ve just released two collaboration bottlings with some of our favourite folks in the whisky world. 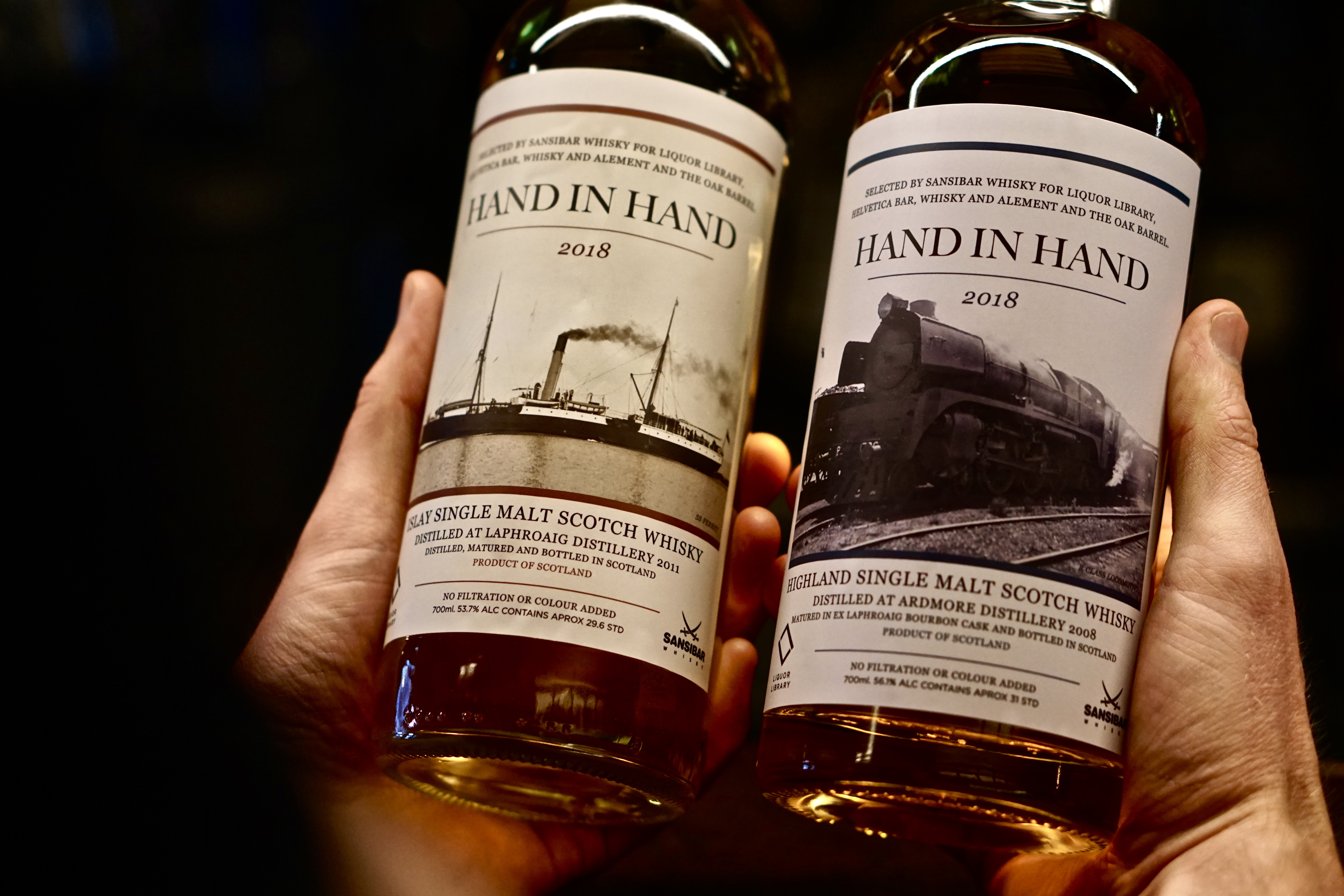 Bottled by German independent bottler Sansibar, both whisky labels reference some fascinating links between Scotland and Australia (the remarkable story of the SS Ferret, pictured on the Laphroaig bottle, is well worth a read).

We’ve collaborated with so many amazing people throughout 2018, and in the season of sharing, we’re thrilled to bring these whiskies to you this festive season.

It’s been an epic year for Whisky & Alement, and we’d just like to finally sign off by saying a huge thank you to everyone who has come in and shared a whisky and a laugh with us in 2018.

We’ve got big plans for 2019, so happy holidays, and we’ll see you next year.