Getting to the bottom of single cask whisky 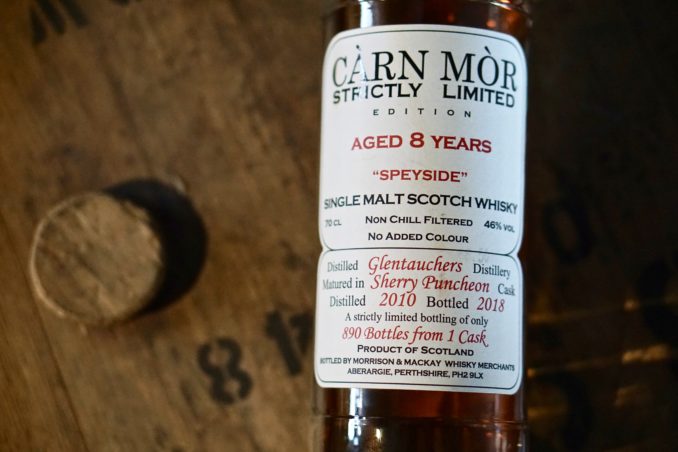 Are you a single cask whisky fanatic? Love trying limited, rare drops you might never come across again?

At Whisky & Alement, we often hear people say that single cask whisky is somehow higher quality than everything else. But why do people think this is the case? And what does it actually mean when you see “single cask” or “single barrel” on a bottle of whisky?

Put simply, it’s right there in the name: single cask whisky has been drawn from one cask. Whereas your standard 10 or 12 year old whisky is a marriage of hundreds, sometimes thousands of different casks blended together to create a consistent flavour profile with every batch, single cask whisky will vary, sometimes dramatically, in flavour.

Why? Because no two casks are the same. Fill the same spirit into two different casks on the same day, check them ten years later and, invariably, they’ll taste a bit different. Even if the casks were coopered at the same place with oak from the same source, no two trees are the same, and as a result, subtle – and sometimes not so subtle – differences emerge.

Once upon a time, single cask whisky was a total rarity. Andrew Derbidge, cellarmaster for The Scotch Malt Whisky Society (SMWS) in Australia and one of our top whisky authorities, remembers a time when the whisky scene was very different.

“For those who’ve been introduced to whisky recently, or even in the last 5-10 years, it’s probably difficult to appreciate what the whisky scene used to be like,” he tells us.

“When the Society was founded in Edinburgh in 1983, single malt whisky – let alone single cask whisky – was almost unknown to the majority of consumers. 99.5% of whisky being purchased at bottleshops was blended whisky, and it was precisely the magic and uniqueness of the single cask that led to the Society forming and its subsequent growth and appeal.”

These days, things are very different. You can join the SMWS and get access to over 100 new SWMS single cask whiskies released every year. On top of that, a plethora of brilliant independent bottlers like Signatory, Cadenheads, Adelphi and Douglas Laing offer up some incredible single cask whiskies for Australians to enjoy.

Even bars, just like, ahem, Whisky & Alement, are getting in on the act. We’ve been regularly bottling our own single casks of whisky in recent years.

But with so many of these limited expressions now on the market, when we see the term single cask or single barrel on the label, does it actually mean what it says? Has the whisky spent its entire life maturing in the one vessel, or is it a little more complicated then that?

“I think the general belief amongst consumers for many years was that the whisky in a single cask bottling had spent all its life in just the one, single cask,” says Derbidge.

“However, that belief was shaken a little when it was revealed a few years back that Glendronach’s single-cask range had indeed seen the whisky moved from cask to cask, and some casks had even been vatted along the way. For us at the SMWS, 95% of our releases spend all their life in just the one cask. However, we’ve been finishing a small number of our casks recently, which obviously involves transferring the contents of one individual cask into a different individual cask. With one notable recent exception (an experiment with a Macallan butt)…”

The SMWS have always been very clear on their labels about how their whiskies are matured. But with so many different single cask whiskies now being bottled by distillers and independents, occasionally, things can get a little blurry.

Does this occasional ambiguity detract from the whole experience? Definitely not. The vast majority of times you see single cask on a label, you’re getting exactly what it says: Mother Nature has allowed one cask of whisky to be perfect and finished all on its own.

Is this the best kind of whisky out there? And by obsessing over single cask whisky in this way, do we forget the incredible skill and expertise of blenders, who marry casks together to create sophisticated whiskies that can be enjoyed right across the globe?

“There are plenty of connoisseurs and punters who will insist that the best whisky they ever tasted came from a single cask. (And that’s admittedly my own personal experience also.) … In my opinion, single cask bottlings are certainly a unique category of Scotch whisky, but there are obviously other categories that bring equal levels of enjoyment to different drinkers everywhere.”

Best continue that discussion with a whisky in hand!