DIY Tasting: Prohibition, and the whisk(e)y that kept us imbibed 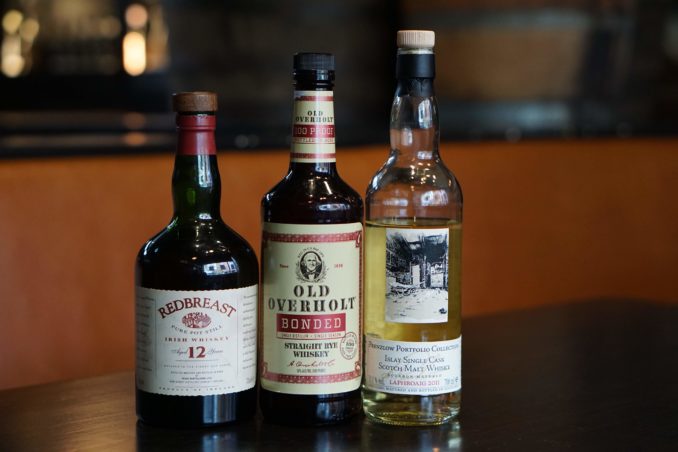 1. Walk into our virtual bar with host Evan Collins – coming soon to Instagram…

When discussing American Prohibition, you’ll find a lot of attention is payed to topics like the rise of organised crime, or the secret underground world of the speakeasy bars and night clubs, but what about the whisky industry? The experiment in social reform known to the world now as Prohibition, profoundly changed three of the world’s largest whisky producing countries, namely Scotland, Ireland and of course the United States. With this year marking the 100th anniversary of Prohibition, lets briefly discuss how it affected the whisky world and with the help of the following flight of whiskies, explore three whiskies that survived prohibition (or there about).

In 1920 the United States of America, known for its strong love for whisky, both domestic and international, “went dry”. The Eighteenth Amendment commonly known as the Prohibition or the Volstead act came into effect; which clearly states that the manufacture, sale, or transportation of intoxicating liquors within the United States was to be made illegal. This change came to fruition due to the hard fought campaign of many different groups, the most prominent being the Women’s Christian Temperance Union (WCTU) and the Anti-Saloon League (ASL) both of which are still very much active to this day. Prohibition would last until 1933 and had lasting effects on the whisky industry globally. In America, breweries and distilleries were forced to shut down, with very few exceptions, with some distillers even fleeing to Canada and Mexico in search of work.

Prohibition hit the Irish Whiskey industry pretty hard, who were already dealing with the huge reduction in demand from the United Kingdom, due to the stressed political and trade ties that came along with the war for Irelands independence.The Irish style was immensely popular across the rest of Europe, although World War 1 left the market weakened. With Prohibition closing off the remaining market for Irish whiskey, this led many producers to shut up shop, just like the American counterparts. Although due lag time between the passing of the Prohibition act on December 18th, 1917, and the act coming into full effect on January 17th, 1920, the population of America that still wanted to consume whisky had quite a chance to stock up. This saw quite a large amount of Irish and American whiskey continually consumed throughout the early years of prohibition, although as these stockpiles dwindled, other forms of booze were sought after.

At the start of prohibition, Scotch whisky was an acutely smaller, and a more specialised industry than the Irish. Irish whiskey dominated the world due to its clean and refined style, among other reasons. However, while both American and Irish whiskey suffered under prohibition, Scotch was able to grow. From consistent blends that rivaled the Irish pure pot still to the whiskies that were bottled as medicine so they could be legally sold into America. Once the stockpiles of whiskey began to runout in the United States, Scotch was able to help fill the void while operating in a grey area. Scotland never exported whisky to America directly, quietly benefiting from two rather porous borders with the United States, namely Canada and Bermuda, after all Scotland could not be held responsible if private citizens chose to take souvenirs home after visiting the neighbouring territories.

In this flight, we have a look at three different whiskies that would be close to the styles consumed during the Prohibition, starting with the Emerald Isle; 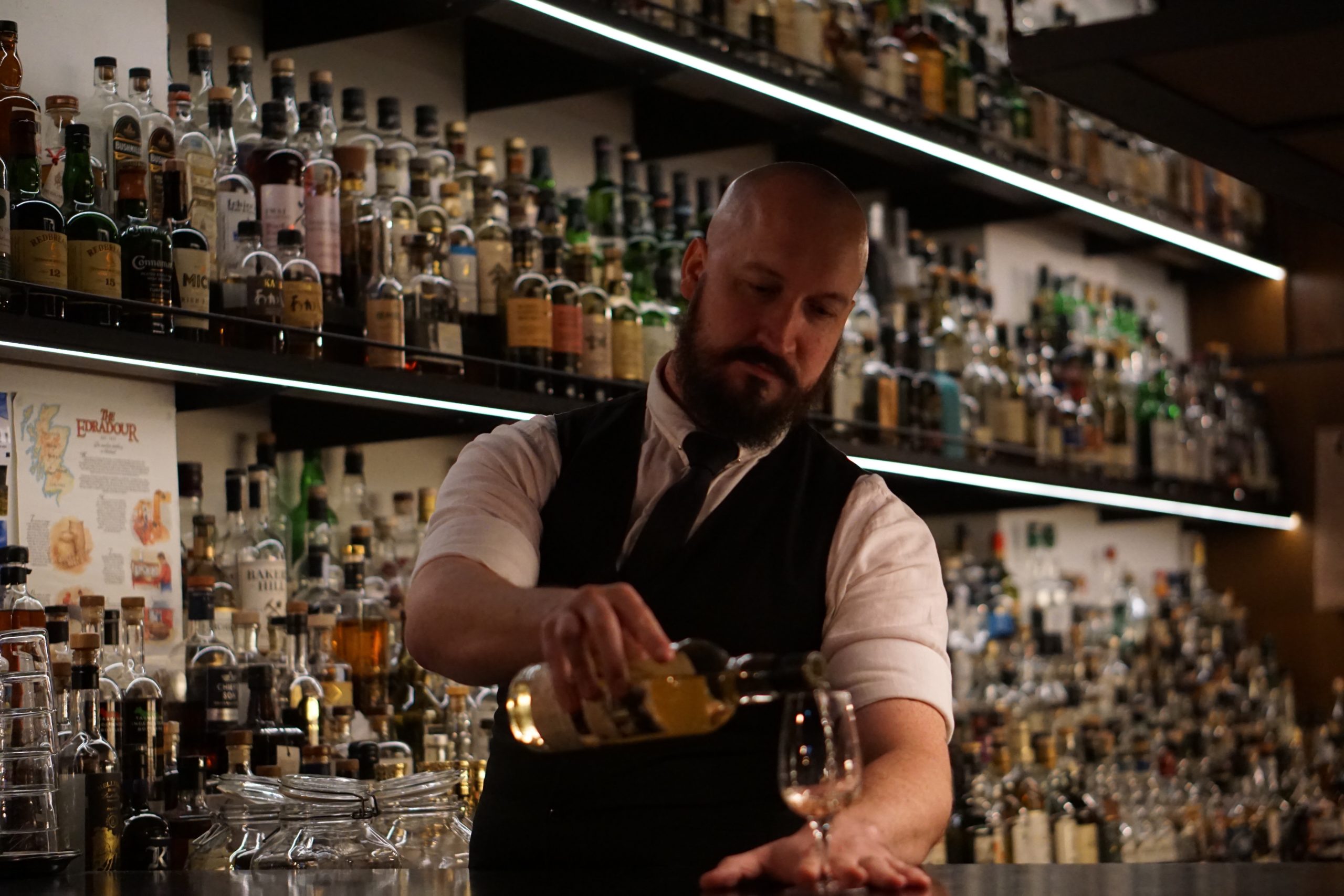 The Redbreast began its life as a brand for bonded seller W&A Gilbey, who bought spirit from the Jameson Distillery Bow St., and released it as a 12-year-old liqueur whiskey. The brand has grown to what some hold as the quintessential example of a traditional Irish pot still style, while also being reminiscent of the spirit the Irish whiskey drinker of the prohibition era would have longed for as stockpiles ran dry. This expression is triple distilled and the matured in a combination of Olorosso sherry and ex-Bourbon casks. This spirit makes it clear why Irish whiskey was so prevalent before prohibition and why it is becoming so once again.

Fragrances of honeyed oats, fresh hay, and field flowers waft from the glass softly giving way to burnt sugars and caramels. The nose is then complemented by whipped cream, fresh white breads and fresh raspberries, finishing with French vanilla. A beautiful representation of style.

Old Overholt is often toasted as one of the foundation American whiskeys, and is believed to be one of the oldest continually produced brands of whiskey in the U.S. The Overholt distillery was founded 1810 in West Overton, Pennsylvania, by a German Mennonite family, Overholtzer (later anglicised to Overholt), who took land in Pennsylvania to grow rye and create a beloved style of Rye whiskey. However, like almost all American whiskey, Prohibition hit hard but lucky Old Overholt secured a permit to sell medicinal whiskey, one of only six permits to be awarded. Although, they were not allowed to produce spirit during this time, and had to adhere to strict guidelines, as prescriptions from a doctor limited patients to a pint a week.

The nose opens with hints of brown sugar and toasted coconut just before dark rye bread envelopes everything. The palate offers five-spice, cloves and nutmeg, with dry oak and pan toasted peanuts. A lengthy finish of rye spice and oak, with last note of burnt butter on toast.A rich and decadent whiskey. You can really see how this rye has become a staple.

Laphroaig’s long and storied history is almost as rich and full bodied as the spirit itself, which managed to be sold in the U.S. during prohibition due to its iodine and seaweed flavour profile. Distillery owner at the time, Ian Hunter, had managed to convince the U.S. Border and Customs office that Laphroaig was less a whisky and more a medicine due to the iodine aroma. Rumour has it they agreed after a wee dram or two.

An incredibly bold dram, the nose explodes out of the glass with notes of mossy rocks and iodine, although if you look deeper you can find heather and lemon cream. The palate is bright and citrusy, with a big earthy backbone of hot sand and drift wood. The finish lingers like freshly poured tar on a cold night, thick and smoky. A stunning dram.