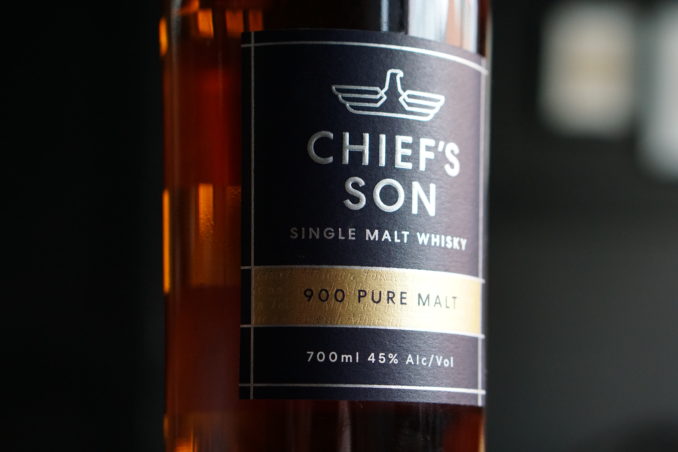 Whether you’re cracking into a bottle, purchasing or perusing, it can be an arduous task decoding whats in the glass. Here at Whisky & Alement, we love guiding the consumer to their ‘aha!’ moment. So, we’ve gone ahead and fleshed out a few common, whisky-related misnomers.

The Transport Cask, The Sherry Seasoned Cask, and The Solera Cask

Sherry wine itself, is aged in a solera system. A system of fractional blending. Sherry casks in a solera are arranged in groups – criaderas or nurseries – where each group contains wine of the same age. When wine is bottled from the oldest group, the casks are topped up with wine from the younger group. By law, you can only take out one third of the liquid at once, so barrels are never emptied. Solera casks can be centuries old, and extremely precious to the bodegas. As rare as they may be, there are still whiskies out there matured in these century old sherry casks, one example being the “Isle of Arran: Master of Distilling 2”, which was rested in a 100 year old Palo Cortado sherry cask.

When talking about the lauded sherry cask, there are a few things that are important to note. One of the main being: modern seasoned sherry casks and old transport casks, have housed a very different type of sherry. The sherry used to season modern casks is comparatively young, and often distilled into brandy or used to make sherry vinegar. However, in the late 19th century, mature sherry was being exported in great quantities to the UK from Spain using transport casks.

Before the transport casks could be used, they would first be neutralised. In the sherry region, unlike in other wine production areas, the added tannins and big woody notes absorbed by the wine from new casks are not wanted, and would be extracted by the fermentation of young wines. The casks would then be filled with mature, ready-for-bottling sherry wine, and begin the pilgrimage to the UK where the sherry was sold in bulk at bars and shops, often directly from the cask.

As you can imagine, after the selling process and overseas journey, litres of sherry had been absorbed into the wood’s pores. Considering shipping empty barrels back to Spain was not profitable, they were left behind and sold to distilleries in Scotland. 1986 saw the end of the transport cask, as Spanish law decreed that all of their wines have to be bottled in Spain.

The whisky industry, however, saw this coming, and had already been testing alternatives. One of the most notable trials was the use of paxarette; a dense wine that consists of Pedro Ximénez and arrope. A litre of this highly concentrated wine was used alongside pressure to condition the cask, forcing the wine into the wood pores. A few years later in the 1980s, when it was clear that the results weren’t satisfactory, the process was abandoned.

Thanks largely to William Phaup Lowrie, a Glasgow whisky blender/sherry agent, Scotland began to produce sherry seasoned casks, reproducing the profile of a transportation cask. These days, a whisky distillery often has an agreement with a Spanish tonelería – a cooperage which prepares new oak casks for them. There are a range of variables for the wood that the distilleries can work with, everything from the age and type of wine that goes in, down to the method of storage.

Due to semi-recent labelling laws here in Australia, there is a bit of confusion around Aussie whisky and the casks that are being used to age it. The fact ‘sherry’ can only be used for fortified wines from the sherry triangle in the Andalucía region of southern Spain, and ‘port’ can only be used for the sweet wines produced in the Douro valley of Portugal, means Australian producers must now use the term ‘apera’ for sherry style wines, and ‘tawny’ for port style wines.

The two base types of Scotch Whisky, from which all blends are made, are ‘single malt scotch whisky’, and ‘single grain scotch whisky’. A single malt is produced entirely from malted barley, from a single distillery, and if an age statement is shown, it will refer to the youngest spirit. Single Grain means a whisky distilled at a single distillery, from malted barley (just a fraction, to get the enzymes going), and other malted or unmalted grains, most commonly corn and wheat.

A blend, can be any combination of the above, and it is important to note that a blended malt is all malted barley, whereas a blend will include neutral or grain spirits as well as malt spirit.

A vatted malt is a whisky that is made entirely from malted barley, but can be sourced from various distilleries, and not necessarily of the same age. The terms ‘pure malt’ and ‘vatted malt’ were both once used in Scotland to denote a blend of single malt whiskies from different distilleries, but was since abandoned after the Scotch Whisky Regulations of 2009, and the term ‘blended malt’ came in.

When looking at the term pure malt, there is no indication of origin, meaning it could be a vatted or single malt. This is typically a term you see on Japanese whisky labels. For example; Nikka’s Pure Malt White/Red/Black are all vattings of spirit in different quantities from their two main distilleries; Yoichi and Miyagikyo.

The term ‘pure malt’ was introduced to the masses in 1963 when Glenfiddich, with incredible foresight, became the first to market their whisky as such. This is especially bold considering, as Charles Maclean said best, until the 1960s “the fortunes of Scotland’s commercial whisky industry was based entirely on blended Scotch.”

When it comes to largely unregulated terms such as ‘pure malt’, you can come across some very interesting uses. In this case, Cheif’s Son in Victoria use ‘pure malt’ to convey that not only is it all malted barley, but they have only taken the hearts from the spirit run, as the hearts primarily contain ethanol, this is widely considered the best cut.

In most cases, you can safely assume – especially when it comes to large scale releases and core range bottlings – anything that is not a single barrel, is a vatting of other barrels. If those barrels contain distillate all from the same distillery, then it’s a single malt. If they contain distillate from multiple distilleries, it’s a blended malt. If they contain whiskies distilled from malted barley and grain whiskey, then you’ve got a blend.

Finishing / double matured / wood-finished, is the process where the spirit is matured in one cask, then spends time in a cask of different origin. A finishing can span from months to years, and typically, the first cask is an American oak cask, formerly used to mature bourbon, and the second cask is one that has held fortified wine.

Sometimes, double wood/cask, and triple wood/cask, means the spirit has spent time maturing in one cask, then was re-racked into another. Sometimes it means the vatting of multiple cask types.

For example, Sullivans Cove Double Cask is a vatting of 3-5 barrels that have two different origins: American oak ex-bourbon, and French oak ex-tawny. However, when it comes to Laphroaig’s Triple Wood, the liquid spends its time first maturing in ex-bourbon barrels, it is then re-racked for a second maturation in ex-Laphroaig quarter casks, then a third maturation in Oloroso sherry casks. A similar process of re-racking is undertaken for Balvenie doublewood, which is transferred from a traditional American oak cask, to a sherry oak cask for its final maturation.

When it comes to whisky jargon, there is no short supply! If there is a term that has you scratching your head, drop in to the bar and have a chat with one of our dedicated staff.